CANSA Shavathon 2010 was a huge success thanks to all the South Africans who pulled together and showed solidarity with cancer survivors at their schools, work places and at shopping venues countrywide.   Shavathon has once more succeeded in uniting the nation in the fight against cancer! 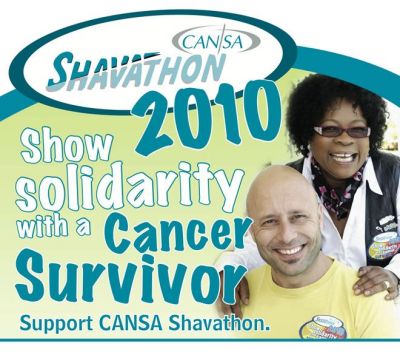 The 7th national CANSA Shavathon, is the 2nd Shavathon  to be independently managed by CANSA staff and volunteers.  A special word of thanks to all staff, volunteers, media, celebrities and sponsors who helped make this event such a tremendous success.  CANSA would be lost without your support.

Most importantly, thanks to all the men, women and children who remembered loved ones lost to cancer or honoured those who are fighting the disease, by taking part or making a donation.