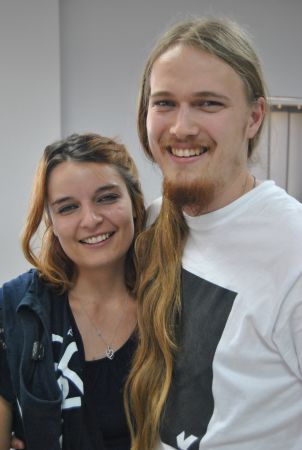 Dieter Doman Donates Hair to Honour those Lost to Cancer

I last cut my hair before in October 2010. I just wanted to grow my hair after school, and never felt like I wanted to cut it, but then in 2016 this changed.

2016 has been a tough year for me with regards to cancer, since 4 people I know died as a result of the disease. Firstly my wife’s grandfather, they found cancer in his throat and tongue, he passed away around June 2016; then 2 of my friends’ mothers both passed away around September 2016, one due to breast cancer, the other due to tongue cancer. Finally my uncle passed away in October 2016 due to colon cancer.

I donated my ponytail – 6 years of growth long – to CANSA so that they could make a wig for someone who needs it. I cut my hair for charity to honour these amazing people that fought the hard fight against cancer. It was a very small sacrifice to make in order to raise money to help people affected by cancer.

If you feel like doing something like this, but you have your doubts, just do it, it is going to sound like a cliche, but you only live once and your hair can grow back! It is an amazing experience and priviledge to help cancer Survivors (patients) in this way.