Shavathon excitement is building up – view some pics

The build-up to Shavathon 2012 is starting to get exciting.  Only a few days to go!  Are you going to be part of the fun? 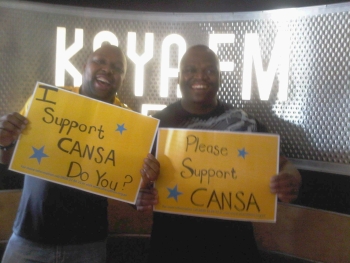 KayaFM supports CANSA Shavathon – On right is MoG - who will be broadcasting the KayaFM Top 40 live from Cresta Shopping Centre on Saturday 3 March 2012 from 10am-2pm as part of CANSA Shavathon 2012, joined by Jeff Moloi who hosts Heading Home from 3–5pm. 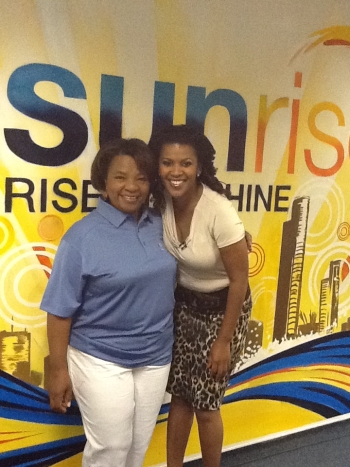 The Sunrise show at 6:15 am on e.tv, 29 February 2012, interviewed Johanna Francis – breast cancer survivor and Manager for our CANSA Lukholweni Care Home in Soweto. She shared her story of Hope and also talked about CANSA Shavathon. 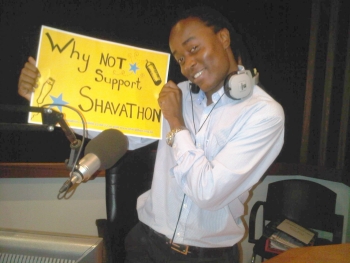 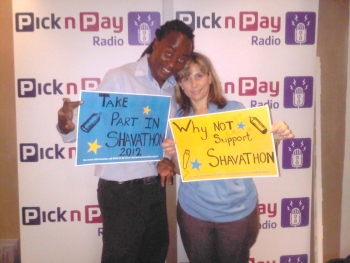 Lucy Balona, Executive Manager : Marketing and Communication at CANSA, joined PicknPay Radio DJ Riimz for an interview this past Monday, which will be broadcast in all stores. 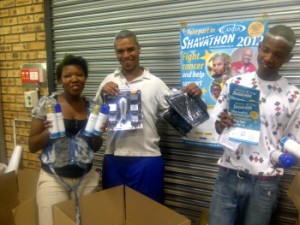 The Warehouse and Courier IT packing team, getting in the mood for Shavathon 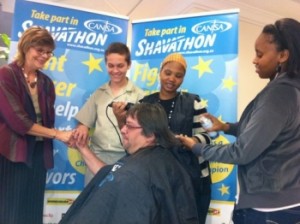 Cancer survivor, Xavier Laurent couldn't wait to shave and did so at Netcare St. Anne’s, Pietermaritzburg. His son Mark is going to show solidarity with his Dad next Saturday the 3rd March at the Liberty Midlands Mall to shave his head. St Anne’s hospital will be hosting a Shavathon event next week on 1 & 2 March 2012, 7.30-15.00 on both days. Will you be joining Xavier and Mark? 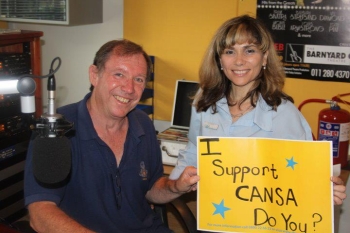 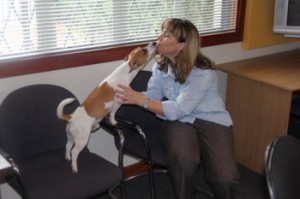 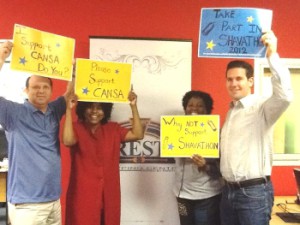 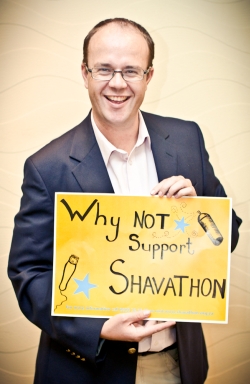 Simon Gear asking for your support! 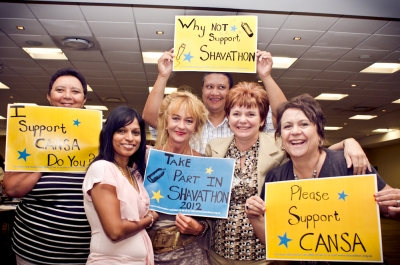 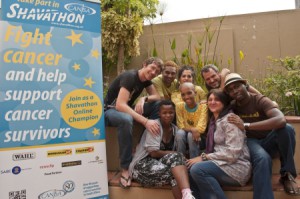 Freshlyground with survivors Aneeqah and Wadiah

Watch the Shavathon 2012 advertisements, with support from Freshlyground and SABC2: