Hair given to Minette (CANSA)

Christy promised to shave her lustrous lengths should R25 000 be raised – Stuart Palmer, from Lunchbox Theatre and Councillor Wayne Craig, from Offthehook joined her. More pics of the shave here…

Says Christy, “I promoted my fundraising project on almost every platform I could think of to get friends sharing. I printed posters and stuck them up at restaurants. It was a lot of work but it paid off!”

Christy also enticed potential donors to participate by organising fantastic prizes through local sponsors – read more about this… – prizes could be won for answering the following questions correctly:

Several lucky draw prizes were on offer and all top donors were entered into a special lucky draw. Clint Ward was drawn for the Skydive Plett prize.

ShowMe Plett is the ultimate online guide to Plett – a very local platform for residents, businesses and all lovers of Plettenberg Bay. For more information visit us www.showmeplett.co.za 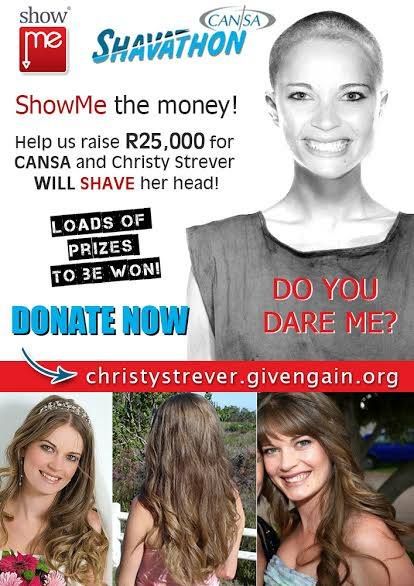 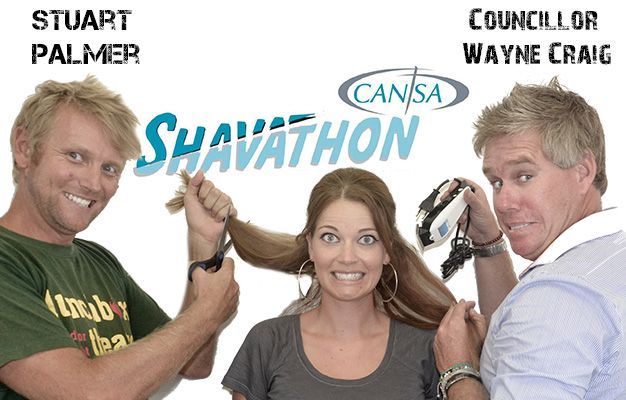 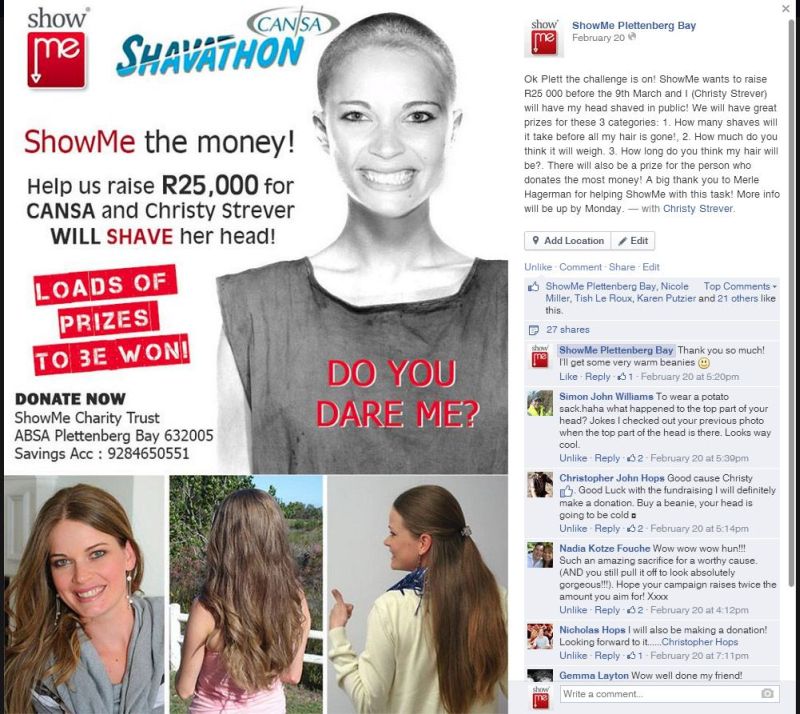 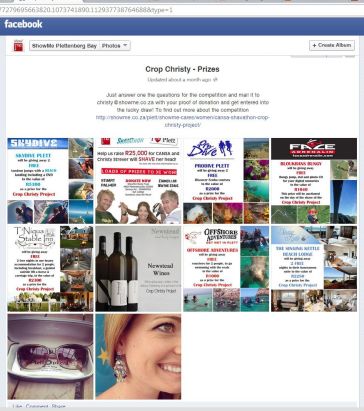 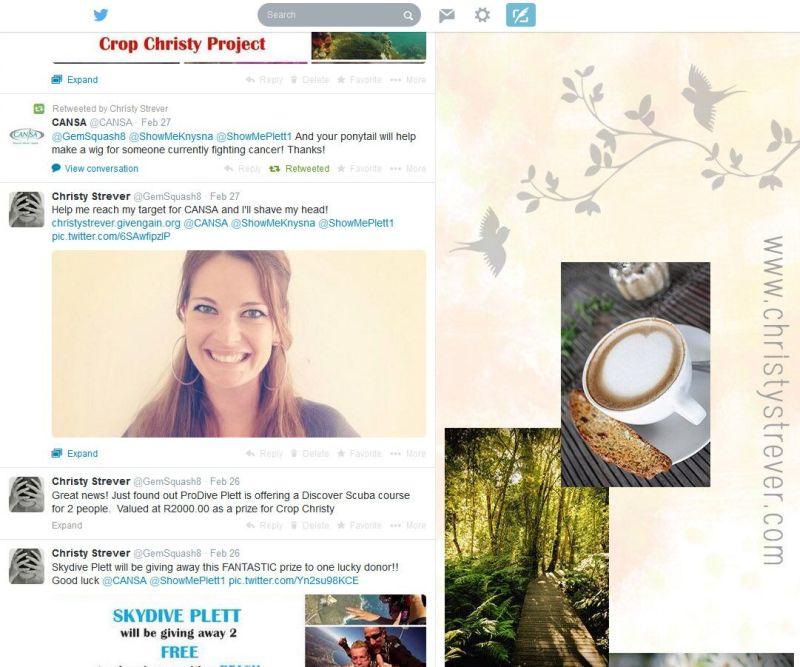 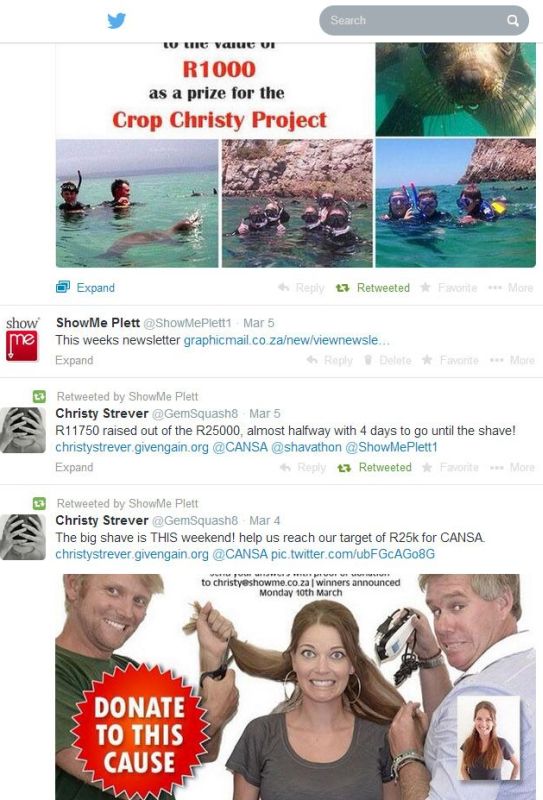 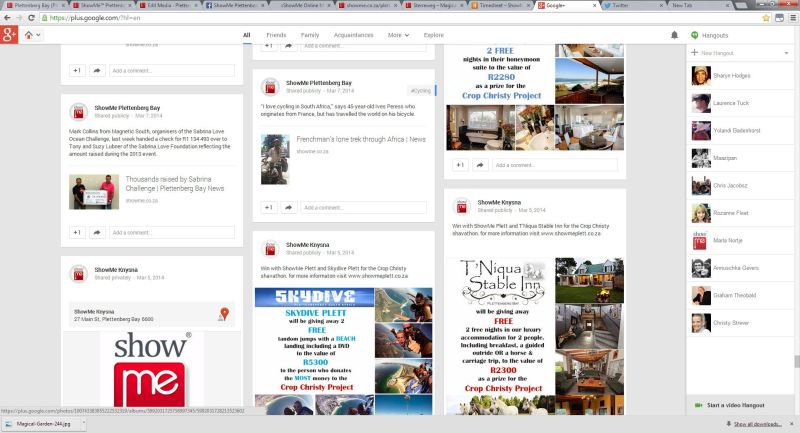