At the beginning of 2008, the financial community  was not renowned for its optimistic outlook as most of them were concerned about the sustainability of the financial industry. Fortunately their fears did not come to fruition and they quickly went back to their merry old ways.  Sadly the reality for many others was not the same, as they were not experiencing the good turnaround and some were losing their loved ones to cancer. 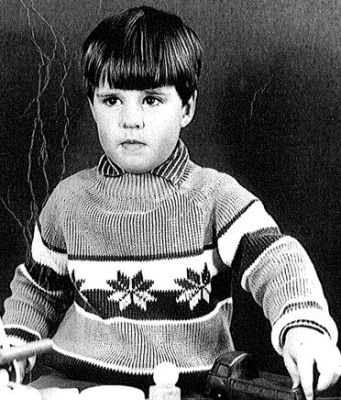 In honour of two colleagues, Jonathon Gush and David Hall, another two colleagues who lost their parents and a colleague who lost his spouse – all to cancer, Stanlib has garnered the support of the financial community to join the fight against cancer.  They will be hosting a special CANSA Shavathon event where James Stewart (‘Swaggy’) a Director at JP Morgan, will be shaving off his hair.   Alphonso Raats, a dedicated and passionate fighter of cancer gathered support and raised an incredible R200 000 in only three days by ‘auctioning’ to have ‘Swaggy’ shave off his hair! Photo right: James Stewart, director at JP Morgan, when he still had his hair, before Wednesday’s Shavathon!

“I have to thank the financial community who have shown how much they care by joining forces to raise money for the cause. What is amazing to see is that of the R200 000, a staggering R70 000 were donations from individuals in their private capacity.  One in four South Africans are affected by cancer, and by taking part in this event, they have helped the Cancer Association of South Africa to keep on delivering their service to the community and continue supporting those affected by cancer,” says Alphonso.

Please join the Stanlib team and financial community to witness the shaving of ‘Swaggy’s’ hair at the Inanda Club on Wednesday 3 March at 18h00.  The photo, above right, is the last documented occasion when James had short hair!