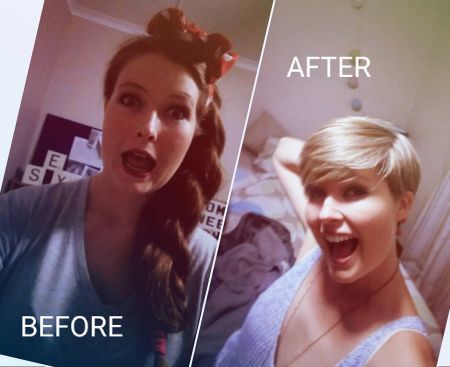 Thanks to our Shavathon 2016 Online Fundraisers

We are very thankful to our online fundraising activists who worked hard to raise funds for Shavathon 2016. Find out why they were motivated to raise funds online, below:

First Place – Paige Chops It Off for CANSA

Paige Jenje raised R26 200 * (an additional R23 634 was donated to her project after the competition closed). Thus a whopping total of R49 834 was raised by Paige. View here…

I did this as a way to show my friend with cancer, Jos, support for her battle. Unfortunately she passed away on the 30th of April 2016, after being diagnosed with metastatic melanoma only 2 months previously.

The initiative for the fundraiser started out as a 1 month Shavathon fundraiser to try raise as much money as possible in 31 days. Part of this fundraiser involved a lot of social media hustling, and a 15 day photo countdown initiative, majority of photos taken by Alex Cromme (15 years old), which focused on the theme of cancer awareness and living life you the fullest.

A special mention has to go to the team at Shag High Voltage Hair in Port Elizabeth who not only did an amazing job with my hair, but after four and a half hours, told me that the cut and colour was on the house, along with free product to maintain my new hair style.

Without the support of friends and those who loved Jos, the amount of money raised would not have been possible, and so I can only thank the immense generosity of others.

Lance Zeeman made this video after Shavathon:

Second Place – The Hair Does Shavathon 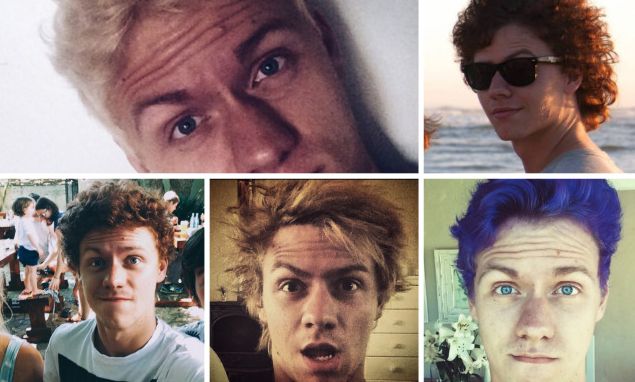 I change my hair a lot. This time, it’s getting a closer cut that I’m used to: Shavathon!

Over the last two years, my hair has gone from long, brown and curly to short, black and straight.

At the end of February 2016, I’m planning on making the most dramatic change of all: shaving it all off for the CANSA Shavathon!

Multiple members of my family have been diagnosed with cancer. My grandfather, a man I have and will never meet, left this world because of it. As such, it’s a cause that is close to my heart.

So, you want to see the next stage in the evolution that is The Hair? Excellent. Donate!

I did it … with the support of my loving wife Mary and those who donated, I shaved off my hair for CANSA.

And of course it was in memory of that beautiful soul I called by the special name Mother, and in memory of my irrepressible cousin Tilba, and I did it in solidarity with my dear friend Eddie, whose faith and courage in living with cancer are deeply humbling.

And throughout everything, I could only do it with my soul mate Mary by my side … without her, and our children Carly and Jared, I would not have the courage.

Fourth Place – SHAVING IT SHORT for the fight against Cancer 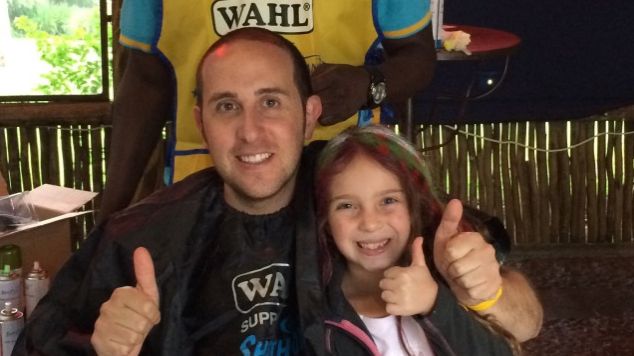 Every year, I encourage everyone to come out to shave or spray your hair (and give a small donation) at the CANSA Shavathon.

While it is only one small act and only once a year, it is a tiny opportunity to pay tribute to all those fighting or have fought cancer, as well as to keep all those in mind who we have lost to it.

More than this, it is a time which creates an awareness of the disease as well as the incredible work that CANSA does in cancer research, education and supporting all those affected it. It’s an amazing organisation which aims to lead the fight against cancer in South Africa.

This year, I am humbly asking you to support my campaign to raise much needed funds for a cause and organisation that I am so passionate about! And, come out and SHAVE IT SHORT with me!

Thanks so much in advance for supporting this important fight!

* Amounts raised & reflected in this post, as seen on 31st March 2016, midnight. Additional funds were donated in some cases, after this time, but were not taken into consideration for competition purposes.